Warning: Declaration of ET_Theme_Builder_Woocommerce_Product_Variable_Placeholder::get_available_variations() should be compatible with WC_Product_Variable::get_available_variations($return = 'array') in /home/customer/www/islamicmedicineacademy.co.uk/public_html/wp-content/themes/Divi/includes/builder/frontend-builder/theme-builder/WoocommerceProductVariablePlaceholder.php on line 135
 HPV Vaccine: Cure or Poison? | Islamic Medicine Academy 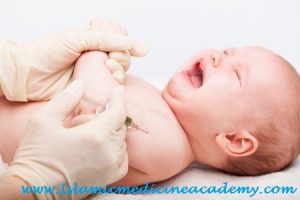 ‘’Research shows no clarity on the complaints girls get after being vaccinated against cervical cancer. It can neither be confirmed nor denied whether there is a connection between the vaccination and the complaints the girls have.’’     Source: The Netherlands Pharmacovigilance Centre Lareb,  RTL Nieuws.

In recent years, the vaccination campaign has stepped up a gear with the introduction of the HPV vaccine. This vaccine claims to prevent the growth of abnormal cells on the cervix which may develop into cervical cancer. However, no sooner had this vaccination arrived on the scene, alarming reports of life-changing side effects also began to surface.

Many girls became ill after receiving the HPV vaccine, all showing similar symptoms – dizziness, faintness, headaches, abdominal pain, respiratory infections, and fatigue. Some even had uncontrolled muscle spasms. It seems like a remarkable pattern, and it is strange for Lareb to dismiss the idea that the HPV vaccine may have caused these reactions. If so many girls are experiencing the same side effects and over 231 girls are essentially handicapped and cannot even go to school, logic dictates the vaccine may carry some dangers. Incidentally, there is a foundation in England, created by the parents of the HPV vaccine victims. It’s a foundation for people all over the world and goes by the name ‘UK Association of HPV Vaccine Injured Daughters’ (AHVID).

Worth the risk?
There is a stance which argues whether young girls even need to receive these vaccines. The Danish TV channel ‘ Tv2 Denmark’ made an elaborate documentary about the HPV vaccine in March 2015, and have published the report (https://www.youtube.com/watch?v=GO2i-r39hok). Even Dr. Diane Harper, who helped develop the HPV vaccines Gardasil and Cervarix, made statements against the safety and effectiveness of these vaccines in 2009.

What would you do?
Considering these facts, why would you vaccinate little girls against this disease when all these risks come with it and its effectiveness is so questionable? Surely, it is better to teach them the dangers of being sexually active and boost their immune systems through natural methods.

Of course, this is just my opinion and I would like to hear your opinion too. Would you give your daughter the HPV vaccination?