Warning: Declaration of ET_Theme_Builder_Woocommerce_Product_Variable_Placeholder::get_available_variations() should be compatible with WC_Product_Variable::get_available_variations($return = 'array') in /home/customer/www/islamicmedicineacademy.co.uk/public_html/wp-content/themes/Divi/includes/builder/frontend-builder/theme-builder/WoocommerceProductVariablePlaceholder.php on line 135
 Does Hijama Invalidate My Fast? | Islamic Medicine Academy

Does Hijama Invalidate My Fast? 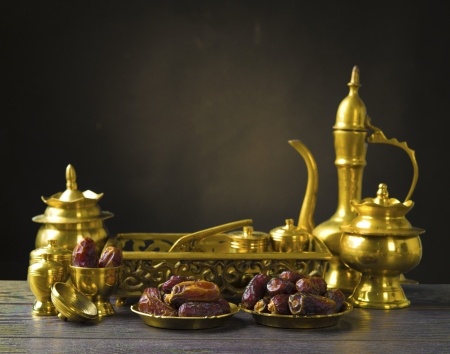 Every single year, I am asked the same question – “Does hijama break the fast?”

There is a difference of opinion between the Ulema, and there are various evidences to support each stance, however, many of the Ulama state that it is not forbidden.

Opinion 1:
Hijama breaks the fast
The Madhabs of Imam Ahmed Ibn Hanbal and Imam Awzaee believe hijama invalidates the fast. Their evidence for this is found in the hadith collection of Abi Dawood and Ibn Majah:

Narrated Thawban:
The Prophet (saw) said, “A man who cupped and a man who has himself cupped broke their fast.” (Sunan Abi Dawud 2367. Graded Sahih [Al-Albani])

Thawban said, “I heard the Prophet (saw) say, ‘The cupper and the one for whom cupping is done both break their fast.’” (Ibn Majah 1680. Graded Sahih [Darussalam])

Opinion 2:
Hijama does not break the fast

According to Imam Abu Hanifa, Imam Shafiee, Imam Malik and many other scholars, cupping does not break the fast and is permissible. Their main evidence is found in Sahih al-Bukhari:

Narrated Ibn `Abbas:
The Prophet (saw) was cupped while he was in the state of lhram, and also while he was observing a fast. (Sahih Bukhari 1938)

There is another hadith in the collection of at-Tirmidhi. Although this hadith has been graded ‘weak’, it also mentions the validity of cuppping whilst fasting:

The Messenger of Allah (saw) said, “Three things do not break the fast of the fasting person: Cupping, vomiting, and the wet dream.” (Jami’ at-Tirmidhi 719. Graded Da’if [Darussalam])

Interestingly, in Sahih al-Bukhari, Thabit Al-Bunani narrated a hadith which mentions the potential consequences of cupping as a factor against fasting, not cupping itself.

Anas bin Malik was asked whether they disliked the cupping for a fasting person. He replied in the negative and said, “Only if it causes weakness.” (Sahih al-Bukhari 1940)

How do we reconcile these two opinions?

When discussing the hadith which suggests hijama invalidates the fast (found in Sunan Abi Dawud), Imam Tahaawi is known to have explained that the fast was only broken because the individuals engaged in backbiting, therefore, they lost the reward of fasting.

It has also been reported that Imam Baghawi writes in Sharh as-Sunnah that the one performing cupping risks swallowing some blood which may break the fast. The one having cupping done may experience weakness or fainting and then need to break their fast to eat or drink something.

In Ikhtilaful Hadith, Imam shafiee recommended one to be cautious when choosing to both fast and have cupping done. However, he also states that the logic of the hadith of Ibn Abbas (found in Sahih al-Bukhari) and recommendations from other scholars indicates that cupping itself does not break a person’s fast.

Ibn Hazm was reported to have said, “No doubt, the hadith of cupping is sahih, however, we find that the hadith of Abu Saeed Khudri (RA) that states ‘Rasulullah (saw) permitted cupping for the fasting’ is also Sahih. So it is necessary to take this [second] hadith because permission comes after prohibition.” (Fat’hul baari p210/4)

There is also a narration within Muwatta Malik which sheds some light on this issue:

“Yahya related to me from Malik from Hisham ibn Urwa that his father used to be cupped while he was fasting and he would not then break his fast. Hisham added, “I only ever saw him being cupped when he was fasting.”

Malik said, “Cupping is only disapproved of for someone who is fasting out of fear that he will become weak and if it were not for that, it would not be disapproved of. I do not think that a man who is cupped in Ramadan and does not break his fast, owes anything, and I do not say that he has to make up for the day on which he was cupped, because cupping is only disapproved of for someone fasting if his fast is endangered. I do not think that someone who is cupped, and is then well enough to keep the fast until evening, owes anything, nor does he have to make up for that day.”” (Muwatta Malik. Arabic reference: Book 18, Hadith 666
English reference: Book 18, Hadith 32)

It is clear from the above narrations that there is a difference of opinion regarding the authenticity and the context of each hadith. Many schools of thought follow the second opinion, believing that cupping itself does not break the fast, only some consequences of cupping, i.e. eating or drinking due to weakness.  It’s my opinion that this believe is the best. Allah (SWT) knows best.

We would not allow a man who was fasting to get himself cupped due to abomination of hardship. (Sunan Abi Dawud 2375. Graded Sahih [al-Albani]).